Project director Paul Baker discusses Wilkinson Eyre's award-winning cooled conservatories at Gardens by the Bay in Singapore in this exclusive video produced by Dezeen. Gardens by the Bay is a large waterside park next to the Marina Reservoir in central Singapore. It features two huge glass houses designed by London architects Wilkinson Eyre, which won World Building of the Year at World Architecture Festival in 2012. "The project was to develop two cooled conservatories to accommodate a really extraordinary collection of plants that would never be able to grow in Singapore without an artificial environment," Baker explains. "The trick we explored was to get a really simple structure, a grid shell, as light as possible and stiffened by a series of ribs that stabilised the grid," he explains. "That allowed us to have this totally clean internal view and externally it generated quite a strong form to both of the biomes." He continues: "One was pulled up to allow for a mountain to sit inside, the other was stretched out to allow for a flower field. The flower field being in the Mediterranean, the mountain being in the cloud forrest." A wooden canopy runs between the two freestanding domes. Baker explains that the design team wanted this to contrast with the steel and glass of the conservatories. "The canopy is all about wood: it's got a lot of colour in it; it's got a lot of play in it," he says. "It's also deliberately quite dark so that the drama of entering the conservatories is amplified by the darker compressive space outside." Baker explains that the conservatories were designed to provide very different experiences. "There is no set path," he says of the flower dome. "It is your own adventure. It is all about you making your own route and understanding and exploring the building." 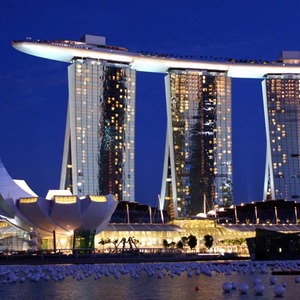 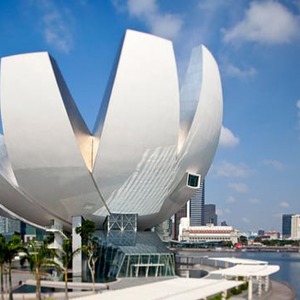 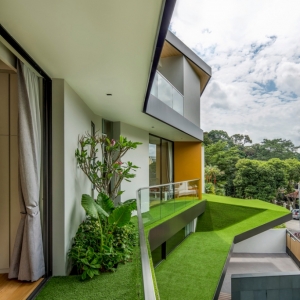